Draw Along: How to storytell when they’re dead asleep… 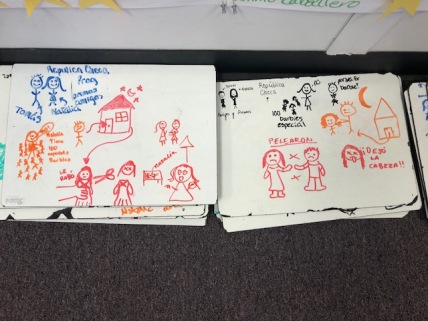 We were having a serious case of the Mondays. It was first period on Monday morning and it was Pajama day. No one was alive. I tried all my tricks to wake them up but to no avail. I planned to to a story…I wanted to do a story…but I just knew that it would be an uphill battle.

This is an activity I’ve been doing for a couple of years and it’s good way to load them up with a lot of comprehensible input.  And it’s hilarious and it’s a 2 part lesson, so you get good mileage out of it. AND SO MUCH REPETITION!!! 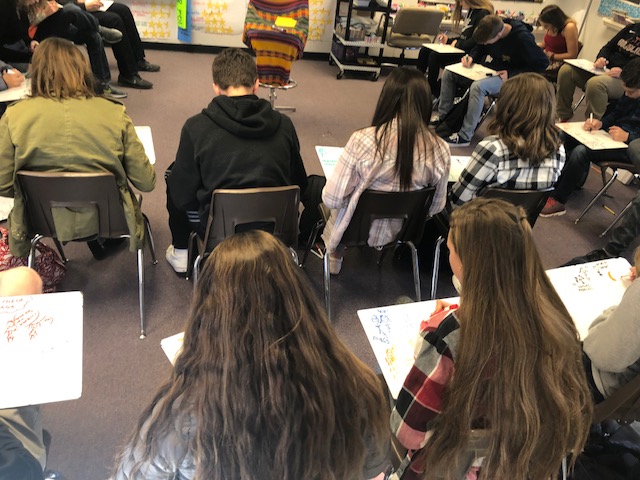 Here’s what you do:

(In the picture below, every color represents another student’s illustrations. ) 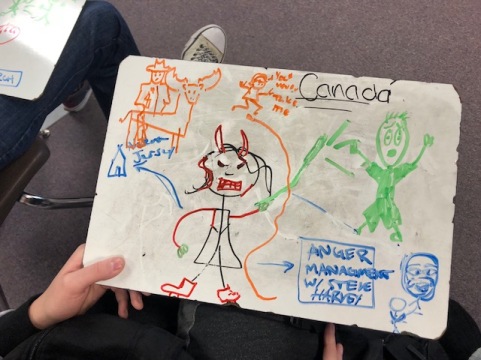 At the end, students very carefully stack their boards. (Carefully to preserve the illustrations!) 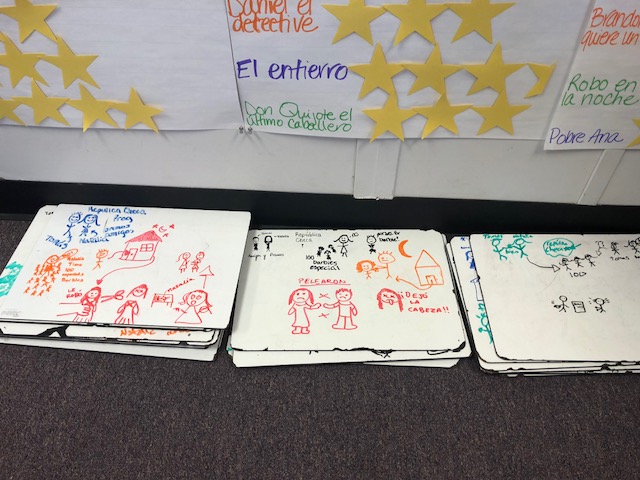 Then, this morning, in my other Spanish 2 class, each student took one  boards (that was illustrated by the other class). Of course first they laughed at the pictures because they’re basically disasters. Then I explained the other class’ story. As I told it, they had to find the picture that matched the detail and show it to me by pointing. Then after we had a good laugh, we erased the boards and did the same activity, with a new story. Here are the boards, stacked and  ready for my tomorrow’s class.